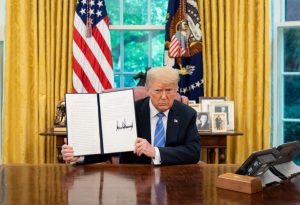 Sacramento, CA — Governor Gavin Newsom says President Donald Trump’s plan to give an extra $400 a month to those on unemployment is unrealistic because the state would be required to cover 25-percent of the costs.

Newsom says it would cost the state $700-million a week and put a hole in the state’s budget.

Newsom adds, “There is no money sitting in the piggybank of the previous CARES Act to be reprioritized or reconstituted for this purpose.”

Since mid-March, over 8-million Californians have applied for unemployment insurance. California’s Employment Development Department has been backlogged and recently announced that nearly 1 million unpaid claims may be eligible for payment but are held up do to problems needing to be resolved.

President Trump signed an Executive Order over the weekend extending unemployment benefits, and requiring states to pitch in revenue, after Congressional negotiations collapsed.