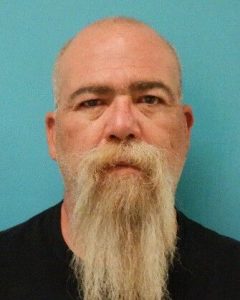 Tuolumne County Sheriff’s spokesperson Deputy Nicco Sandelin reports that over the weekend deputies responded to the call in the 13000-block of Dondero Road and were able to contact the suspect, 52-year-old Reggie Joseph Serrano of Sonora, as he was driving from the scene.

During a records check, it was determined he was prohibited from possessing any firearms. However, deputies located two firearms in the toolbox of his pickup truck. CHP officers called to the scene conducted a DUI investigation and determined he was intoxicated while operating a motor vehicle.

Serrano was charged with inflicting corporal injury and being a felon in possession of firearms as well as for three DUI-related charges, including driving with a license suspended for DUI. He was assigned a $35,000 bond.