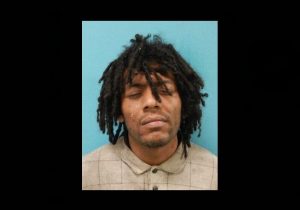 Sonora, CA — The Tuolumne County Sheriff’s Office reports that a man was booked into jail following an alleged sexual assault.

It happened Monday evening on Allison Way in Sonora. Deputy Nicco Sandelin reports, “The deputies met with the victim who reported she had just been sexually assaulted by a family member, 27-year-old Deshon Mansfield of Sonora. During the attack, the victim was able to fight Deshon off her, get to a phone and call for help.”

The Sheriff’s Office says Mansfield is charged with “sexual penetration with a foreign object by force and assault with intent to commit rape.”

Limited details are being released by the sheriff’s office due to the sensitive nature of the incident.