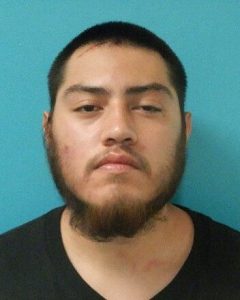 Sonora, CA – A heavily intoxicated man who attacked two women at a residence was jailed with a $50,000 bail.

According to Tuolumne County Sheriff’s spokesperson Nicco Sandelin, deputies recently responded to an early morning call to a home on Pleasant View Drive in Groveland, found 22-year-old Isaac Moctezuma of Los Banos standing in the driveway and detained him.

After contacting the two female victims and several witnesses inside the residence, deputies learned that the suspect struck his girlfriend and repeatedly stuck and choked another female. While assaulting the second victim, he allegedly made death threats so that she feared for her life.

Sandelin says when the suspect eventually walked out of the house, the other residents locked the door behind him. When he returned a short time later, he broke the front window of the house in an attempt to get back in, but deputies arrived at that time.