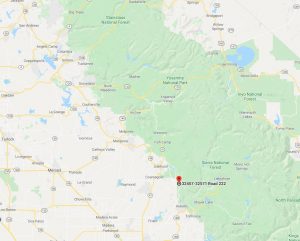 North Fork, CA — Many firefighting resources from across the region have been in Madera County helping to battle a 108-acre fire near North Fork.

The “Power Fire” ignited on Saturday afternoon and is now considered 60-percent contained. The CAL Fire Madera-Mariposa-Merced Unit is the lead agency. Two structures were destroyed on Saturday. Currently assigned to the incident are 15 engines, six crews, three water tenders, three dozers and a helicopter.

The fire is situated along Road 222 south of North Fork. It had been moving towards Corrine Lake Road. There were initially some evacuation orders issued, but they have now been lifted. Firefighters were successful putting down initial containment lines in the difficult to access terrain. The extreme heat over the weekend created extra challenges for officials. Six injuries to firefighters were reported, but the specific details were not released. An investigation into the cause of the fire is ongoing.