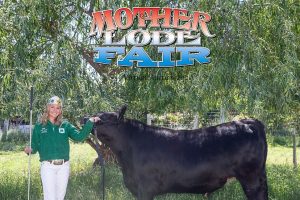 Sonora, CA – With COVID-19 forcing fairs across the state to be canceled like the Mother Lode Fair, as reported here, thanks to technology one of its events will go on as promised.

This weekend is the virtual Livestock Auction. With all the exhibitors already having purchased their animals by the time the fair was canceled, President of the Fair Board Ron Hamilton explains one of the reasons for having the auction, “They had a very large investment in their animals. So, it’s very important that the kids have the auctions so they can get the money back that they invested.”

This year the numbers of animals is a little lower for swine and beef, according to Hamilton, who says that is because some of the handlers decided to sell their projects on their own or hold back their animals for breeding stock for next year. That does not mean this year’s auction will have slim pickings, just look at the numbers below:

Even without the live event, Hamilton anticipates a great turnout. “Our community has always supportive of our local agricultural programs, especially when it comes to the kids,” says a smiling Hamilton. “I think that this year it will be no exception. I think they’ll [buyers] still step up and the kids will do fine. I know the kids have worked hard and the buyers are looking to reward them for their effort.”

Beginning at 3 p.m. on Friday (July 3) buyers can log into the virtual auction and start biding on swine, beef, sheep, goats, and rabbits. Buyers must first register on the Mother Lode Fairgrounds website (click here) or call 532-7428. That link also has a catalog of the animals/exhibitors and connects to the auction. The animals will start arriving on Thursday and shown to a judge that decides the meat quality. Hamilton explains, “Then they’ll actually stay in their pen. There won’t be an animal coming out for the auction instead they’ll be pictures of the kids with their animals that have already been taken and submitted online for the buyers to see.”

The auction goes on through start closing Sunday, July 5th at 9 a.m. with one lot being removed from the auction every 90 seconds.