Wanted Suspect Back In Jail After ‘Dukes Of Hazzard’ Like Pursuit 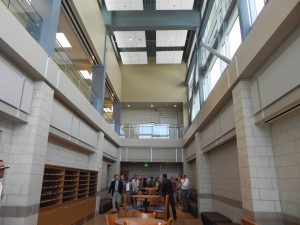 San Andreas, CA – An alleged burglar released in April due to COVID-19 zero bail rules is back in jail following a high-speed chase.

Calaveras County Sheriff’s spokesperson Sgt. Greg Stark reports that 25-year-old Robert Westbrook of Valley Springs, shortly after his release on April 13, was identified as being responsible for multiple thefts and at least one burglary in the Valley Springs area, and deputies successfully obtained a warrant from Calaveras County Superior Court on May 21 charging him with felony burglary, ID theft and attempted forgery.

On Monday evening around 6 o’clock, Westbrook initiated a vehicle pursuit on Highway 49 in San Andreas after a deputy attempted to make an enforcement stop, and accelerated down Gold Strike Road reaching speeds of 100 miles-per-hour while passing vehicles over double lines as he drove through San Andreas.

Stark says Westbrook turned onto Central Hill Road and used his vehicle to ram a closed cattle gate open. While traveling in a field, he struck a tree branch that fell into the path of the deputy. The deputy was unable to continue due to the branch blocking his travel path. Westbrook eventually struck another gate to exit the field. The two crashes caused an estimated $2,000 worth of damage to the two gates.

A CHP officer in the area spotted the vehicle near Mokelumne Hill attempted to stop Westbrook, who failed to yield and fled again with CHP vehicles giving chase. He was taken into custody without incident by the CHP shortly after exiting the vehicle and attempting to flee through a field. ran into a field.

Stark adds that soon after the arrest, Westbrook complained of shortness of breath and began vomiting, so he was taken to the hospital for treatment prior to his booking at Calaveras County Jail.

He faces fresh charges of felony evading and vandalism as well as those from the outstanding warrant. While the new charges were eligible for the judicial COVID-19 release, those on the warrant were not and he was assigned a $110,000 bond.