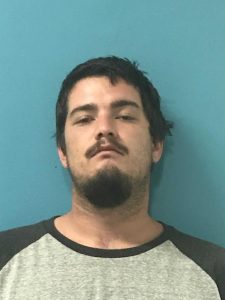 Sonora, CA – Details are being shared of a recent armed robbery at a local big box store.

Sonora Police Chief Turu VanderWiel says the incident happened Monday night as officers were dispatched at 7 p.m. to a reported shoplifting at Lowe’s that had taken place approximately 30 minutes prior.

“Officers determined that during the shoplifting a male suspect, later identified as 24-year-old Shae Green of Sonora, lifted up his shirt to brandish a firearm to the associate who tried to confront him,” the chief recounts. He adds that video footage showed Green placing merchandise in his pants while inside the store, then walking across the parking lot to a vehicle that was known to be his.

The chief states Green was later located and detained at his apartment, subsequently positively identified as the suspect, and arrested and booked on the felony charge of armed robbery with a $50,000 bail. At this point, neither the gun or the stolen property has been recovered.