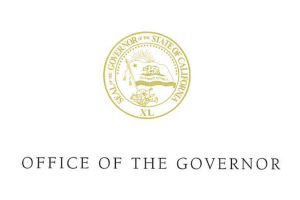 Sacramento, CA — Governor Gavin Newsom says he will speak to the media at noon regarding the protests and riots witnessed over the weekend.

National Guard officials responded to Los Angeles and other cities to help police calm waves of vandalism and violence.

California’s Department of Human Resources sent a directive to close state offices in certain areas today due to the ongoing violence. The decision was made after consulting with the California Office of Emergency Services and the CHP.  It’s up to officials at state agencies to determine which buildings to close.

On Saturday, Governor Newsom stated, “Over the last few days, we have seen millions of people lift their voices in anger, rightfully outraged at how systemic racism is allowed to persist. Every single day, people of color are disadvantaged and discriminated against. Black and Latino men in particular face mortal danger all across this country simply because of their race. Every person who has raised their voice should be heard.”

Newsom added, “In California and across the country, there are indications that violent actors may be attempting to use these protests for their own agendas. To those who seek to exploit Californians’ pain to sow chaos and destruction, you are not welcome. Our state and nation must build from this moment united and more resolved than ever to address racism and its root causes.”

California Senate Republican Leader Shannon Grove has also put out a statement, reading, “Today our state and country woke up with a mixture of emotions. We feel sadness and grief for George Floyd’s family, and we feel anger and frustration with those who would use a tragic event to vandalize, loot, and destroy communities.”

She adds, “Fighting for justice can affect change, but destroying communities, committing crimes, and inciting violence is not a sustainable way to address these problems. This violent chaos needs to end.”