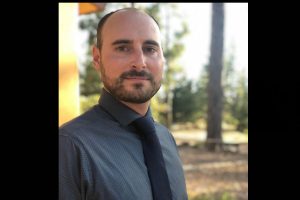 Angels Camp, CA – The Utica Water and Power Authority (UWPA) has tapped a manager at a neighboring water district and a Calaveras native to head the agency.

During its Tuesday night board meeting, Joel Metzger was unanimously chosen to be the next general manager of the authority. For the past six years, Metzger has worked with the Calaveras County Water District {CCWD). During that time, he led various teams, worked on acquiring grants, external affairs, legislative advocacy, customer service, and water use efficiency.

“Being selected as the UWPA general manager is a great honor, and I am grateful to the Board members for their confidence in me,” Metzger said. “While there are challenges ahead, I am excited to embark on this journey and to lead a team of highly skilled and dedicated staff members. My passion for public service runs deep, and I am eager to continue serving my community and working toward a brighter future for UWPA members and Calaveras County as a whole.”

Metzger’s Calaveras County roots are three generations deep with his grandfather Grant overseeing the Calaveras Cement Plant and his father Randy was the County assessor. Currently, he lives in Vallecito with his wife Emily and two-year-old daughter, Kate.

Board Chairperson Amanda Folendorf stated: “This is a great opportunity for the agency to hire an outstanding individual with local roots in the community. The road ahead for the agency will be difficult but I believe we have the right individual to lead the Utica Water and Power Authority into the future”

Metzger holds an Associate’s Degree from Columbia Community College and earned a Bachelor of Arts in political science at Sonoma State University. One of the ways he made his mark in the county was as a journalist for the Calaveras Enterprise newspaper, working his way up to editor before heading to CCWD in 2014. Metzger’s first day on the job at the authority will be July 13.