Man Charged With Arson In Sonora 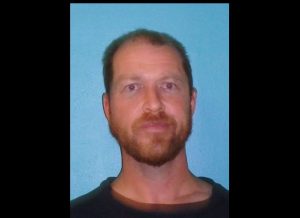 Sonora, CA — A man was arrested early this morning in Sonora in connection to alleged arson incident on April 25.

The Sonora Police Department reports that back on April 25 an officer noticed a flame coming from fencing on the south side of the property that houses Wrights Tire on South Washington Street. After closer examination, the officer determined that someone had purposefully set fire to a “no trespassing” sign connected to the fence.

39-year-old Tyler B. Schuster was located nearby walking along South Washington Street, but he denied any involvement in setting the fire. However, surveillance video later obtained from a nearby business was able to identify Schuster as the arson suspect, according the SPD.

Schuster came to the police department early this morning for an unrelated matter, and he was ultimately arrested for arson.

Regarding the arrest and earlier crime, the SPD reports, “Fortunately, the incident was caught in time and there was no significant damage to the fence or the connecting business. Schuster was booked at the Tuolumne County Jail for felony arson, which does not qualify him for California’s COVID-19 Zero-Bail process.”