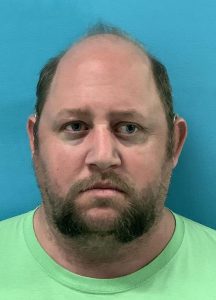 Sonora, CA — A local man who allegedly physically restrained and raped a woman and then threatened her to not tell anyone is behind bars.

According to Sonora Police Chief Turu VanderWiel, 37-year-old Harland Joseph Bordeau of Sonora was arrested over the weekend for forceable rape and intimidating a crime victim.

He recounts, “On Thursday, April 23rd, our department received a call regarding a sexual assault that occurred just days prior. During the subsequent investigation, the investigating officer learned that Bordeau physically restrained and raped a female victim in her thirties. He also threatened her in an attempt to dissuade her from reporting the incident.”

The chief adds that the assault occurred at a Sonora residence. “The victim and suspect were known to each other but did not have a dating relationship.” His bail was listed on the booking report as $100,000.