Census Data Collection Will Ramp Up Again In June 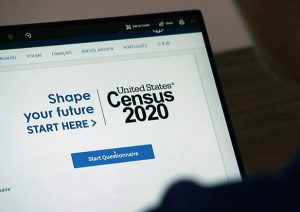 Sonora, CA — Census workers were planning to go door-to-door collecting information this month, but that was all put on hold in response to the coronavirus health pandemic.

The Census Bureau announces that field offices will be reactivated on June 1, and any activities regarding interacting with the public will follow the current guidance to promote the health and safety of all.

After the information is collected, the census bureau conducts a thorough and scientifically rigorous process to produce the apportionment counts.

That field information is currently due by mid-summer, but the Census Bureau is requesting a federal 120 extension, to push it to October 31st.

California officials report that for every person uncounted, the state could lose $1,000 in federal funding for the next ten years. The Census helps ensure states receive funding for things like health care services, parks and roads.

The census forms were sent out over a month ago so that people could “self-report” via mail, phone or online. As of today, the Census Bureau estimates that 48-percent of Americans have done so, and 44-percent of Californians. The Mother Lode is lagging behind as Calaveras County’s self response rate is 25.1-percent and Tuolumne County’s is 36.7-percent.