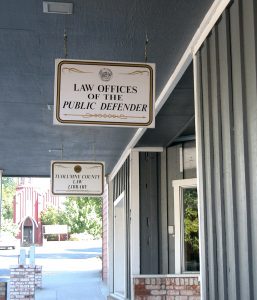 Sonora, CA — A recently retired public defender who served for years in that lead role for Tuolumne County has passed at the age of 63 from COVID-19.

Robert “Bob” Price was a passenger on the Zaandam, which departed from Buenos Aires, Argentina, on March 7, a day before the U.S. State Department advised to avoid cruise travel and a week before most cruise lines halted their sailings.

“He became ill [last] Thursday and was not one of the ones originally identified because he did not have a temperature before that,” says Elizabeth Azlin, his former wife and president of the Modesto-based Stanislaus Senior Foundation. Sharing her shock and sorrow at the news she says she talked with him over the phone last week and he said he was feeling ill. As Clarke Broadcasting talked to her Friday, she was fielding multiple calls over funeral arrangements and with family members.

Scott Gross, who worked with Bob for over two years in the local courtrooms before taking over the Lead Public Defender role from him upon Price’s retirement last June, describes Bob as a fixture in the County Public Defender Office for 26 years, serving as lead for 16 of them.

“He just retired and it is horrific,” Gross shares sadly. “He was looking forward to his retirement…in great health. He got along with everyone in the county and will be missed.”

Gross recalls they time they spent over three weeks last year before he officially left the office. “He wanted to make sure there was a smooth transition because that is the way he was.”

However with so many years there, Gross confides, “He would periodically come back and visit the office every couple of months, checking up. When you are here 25-plus years it is hard to let go, and he would come down and see friends. He was here a lot.”

Funeral arrangements are still in process.

According to an Associated Press report, on Thursday, officials reported the passing of another person from the Zaadam who tested positive for the virus: a 50-year-old crew member from Indonesia who was hospitalized for days in Florida after it the cruise ship and another sister ship with coronavirus patients were finally allowed to dock in Ft. Lauderdale.

The Zaandam and the Rotterdam that was helping provide emergency relief assistance, previously spent two weeks at sea due to being rejected by South American ports. Four passengers, all men in their senior years, had already died before the cruise ships arrived, and the investigating medical examiner stated that three had tested positive for COVID-19 but that the fourth man’s cause of death being described as a viral infection because he had tested negative for the new virus.

The Centers for Disease Control and Prevention on Thursday announced the extension of a “no sail order” for all cruise ships until further notice.