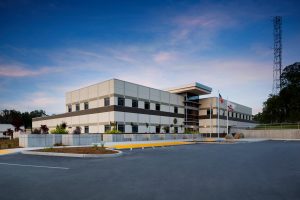 San Andreas, CA – A dispute between neighbors punctuated by a gunshot landed one behind bars.

Sunday afternoon, Calaveras County deputies arrived at a residence in the 9000 Block of Scenic Valley Road in Jenny Lind to check out a report of a disturbance. According to spokesperson Sgt. Greg Stark, they determined that 18-year-old Nicholas Ryan Holocker had been exchanging words with a neighbor over property lines and access.

“The victim began to walk away when Nicholas fired a round from a shotgun he was carrying under his jacket, and the discharge of the weapon caused the victim to become scared and crouch down, as Nicholas was about 20 yards away,” Stark shares.

He adds, “When questioned about the incident, Nicholas admitted to discharging the weapon into an inoperable vehicle parked on his property.” Deputies placed him under arrest without incident. He faces a felony charge of willful discharge of a firearm in a grossly negligent manner and was assigned a $35,000 bond.