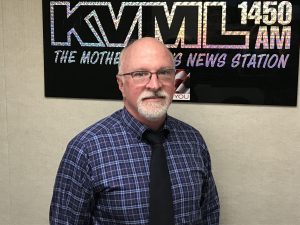 In a written statement released at the end of the day on Friday, the district revealed that the Board of Trustees and Superintendent Dr. Mark Miller have “agreed to part ways.” The statement notes the two sides “decided that it was in the best interest of students, staff and the community to begin transitioning leadership in a manner that ensures a continued focus on student achievement.”

As Board President Dr. Jim Riggs further explains, “The Board and Dr. Miller have entered into an agreement believing it is in their respective best interests as well as the best interests of our educational community.”

In the announcement, Dr. Miller also expressed “thanks and appreciation to everyone who helped move SUHSD forward during this productive period.” Dr. Miller was hired by the board of trustees in late July of 2018, after serving four years as the Superintendent with the Juneau School District in Alaska, as detailed here.

The rest of the statement released by the district continues below:

“Board members thanked Dr. Miller for his hard work during his tenure. Under Dr. Miller, the District has made great strides in technology including implementing an online staff absence program, standards-based online math assessment programs and online collaboration tools to give members of the community meaningful input.

“With the help of Technology Manager Matt Leamy, we are bringing the District into the 21st Century global educational community,” said Dr. Miller.

The District has made equal strides in facilities upgrades. The District recently completed a $3.5 million HVAC upgrade and increased electrical and lighting efficiency throughout the District. Bargaining units received a 2.25% raise and the District is fiscally solvent. Students have benefited greatly from the implementation of positive behavioral interventions and support that have reduced suspensions remarkably.

“We are pleased with the progress we have made under Dr. Miller,” stated long-serving Board Member, Jeanie Smith. “I think we did some important work here,” stated Dr. Miller. I will miss our breakfast fundraiser, Rotary woodcutting events and fundraising jogs,” Dr. Miller offered. “I would like to express my heartfelt appreciation to the staff, Board, and community for supporting our programs, services, and initiatives during my superintendency.”‘