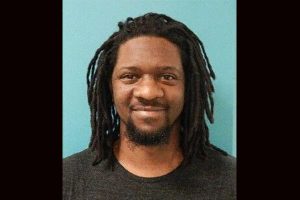 Tuolumne County Sheriff’s spokesperson Deputy Nicco Sandelin shares that the report and arrest both occurred this past Tuesday.

Deputies responded to a call from local school officials, who reported the victim confided information about an incident that happened the previous day in the Columbia area.

Sandelin says investigators later than day contacted and subsequently arrested 36-year-old Andre Pierce Portee, whose last known address provided to authorities was in South Carolina. He was charged with committing lewd acts on a minor child under the age of 14 by means of force or fear and taken into custody without incident.

The deputy emphasizes, “An important thing about this case was that the victim was able to come forward early, which aided in the investigative process and resulted in a quick arrest, so it’s important that, as adults, we help make children comfortable reporting things to us that they feel uncomfortable about because it ultimately helps solve cases quicker.”