Update: Chase And Arrest In Twain Harte Linked To Oakdale Robbery And Carjacking 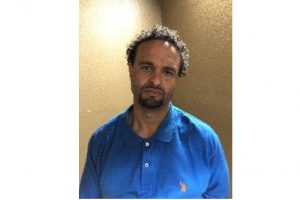 Update at 6:15 p.m.:  Oakdale Police have released further details regarding a suspect connected with a back to back robbery and carjacking who was arrested in the Twain Harte area after a brief chase on Highway 108. Oakdale police detectives report that around 10:15 p.m. a report of a robbery sent officers to the Chase Bank located at 325 East F Street/Highway 120. A victim told officers that a tall slender Hispanic male and possibly a black male adult threatened him with a knife and stole a debit card while at the ATM. They also tried to ram the fleeing victim’s car with their Dodge sedan. Officers found the ditched sedan nearby. It was reported stolen out of San Jose.

About 40 minutes later, police were alerted to a carjacking at Ryderz Restaurant located several blocks away. There an elderly man relayed that two suspects had threatened him with a knife and took off with his van. Investigators say Washington was positively identified in both crimes. He faces possible charges of robbery, a stolen vehicle, assault with a deadly weapon, carjacking and elder abuse.

Details regarding Washington’s arrest and chase are below.

Original post at 5:11 p.m.: Twain Harte, CA – A man wanted for armed robbery and carjacking led local law enforcement on a short chase this morning in the Twain Harte area.

After a Be-on-the-Look Out for a Hispanic male suspect and a stolen white 2000 Chevrolet Express van was sent out Tuesday night from Oakdale Police, it was spotted around12:30 a.m. Wednesday on Highway 108 near Washington Street by an officer that followed it. Sonora Unit CHP officer Steve Machado recounts, “It made a left turn onto lower Twain Harte Drive. The Sonora Police Officer activated his emergency light to initiate an enforcement stop on the van. The van immediately accelerated, and a pursuit ensued.”

The van’s driver, 34-year-old Marcus Lee Washington, turned back onto the highway and just under a mile pulled over. Washington and his passenger, 36-year-old Denita Regina Compos both from San Jose were taken into custody without any incident and turned over to Oakdale Police.