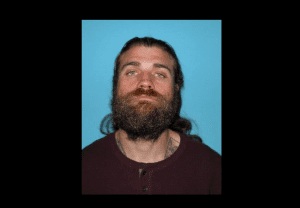 Jamestown, CA — The Tuolumne County Sheriff’s Office reports that a Jamestown man led officials on a 20-mile vehicle chase that started on Cherokee Road in Tuolumne and ended near Chicken Ranch Road in Jamestown.

The sheriff’s office reports that it occurred on Saturday evening at around 10 o’clock, and 29-year-old Sean Foster was eventually able to escape on foot. Officials searched the area of Chicken Ranch Road but could not locate him. The chase began when a deputy attempted to pull him over in Tuolumne for making an unsafe turn and having an obstructed license plate. Speeds reached around 100 mph.

Anyone with information on his whereabouts should call the sheriff’s office at 209-533-5815. You should not try to approach him.