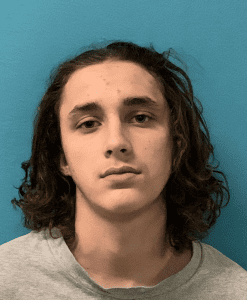 Sonora, CA – An 18-year-old Sonora high school student who brought a loaded firearm to campus is facing two felony charges as an adult.

Cassina High student Daniel Charles Wandersee, Jr. 18, of Jamestown, was booked into Tuolumne County Jail Monday for possession of a loaded firearm on campus and possession of a stolen firearm. He was assigned a $30,000 bail.

According to Sonora Police Chief Turu VanderWiel, a call from high school staff came in around 10:35 a.m. and police were on scene within five minutes.

Although Wandersee had briefly left Cassina grounds just before police arrived, the chief says he returned about five minutes after officers were on site, probably unaware that school officials had summoned law enforcement and placed the campus on partial lockdown.

When spotted by police, Chief VanderWiel shares, “Initially, he did not want to comply to the officers calling him towards them…once we drew our firearms and ordered him to…he complied with us.”

A .40 caliber semi-automatic handgun with one round in the chamber and an empty magazine was recovered from the student’s waistband.

Chief VanderWiel says that investigators are still determining what motive Wandersee might have had in bringing the firearm to campus.

He adds that the gun was stolen sometime between the evening of Jan. 5 and the morning of Jan. 6 from a vehicle on Southgate Drive.

An e-alert sent to parents of Sonora high students informed them that earlier in the day, an 18-year-old student had shown another student what appeared to be a handgun. However, when staff tried to locate the student, they found that he had left and called Sonora PD and Principal Morlan then put the campus on “semi-lockdown” limiting student mobility on campus, locking classroom doors, and increasing security surveillance.

With audible relief in his voice, the chief notes, “I think this is a great example of ‘if you see something, say something’ – and have a successful outcome.”