A Twist In An Amador County Murder Investigation 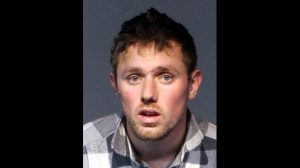 Amador County, CA — An update involving an Amador County murder where a son is suspected of allegedly killing his father.

As reported here Thursday, 20-year-old Sean Purdy was arrested yesterday in Nevada in the Incline Village area of North Lake Tahoe after being on the run since New Year’s Day. Amador County Undersheriff Gary Redman says its search and rescue team will be combing various areas of the county on Saturday looking for the victim, Sean’s father, 52-year-old- year Lance Purdy who is presumed dead. However, the exact areas are not being revealed.

Reportedly a neighbor witnessing the son leaving the family’s Pine Grove home in a hurry and then discovering a bloody scene inside the house. That led Amador County Sheriff’s officials to open a homicide investigation and issuing a warrant for the son’s arrest.

Undersheriff Redman wants to alert the public that members of the search team will be identifiable by their bright yellow uniform shirts. He askes the public, “If you happen to see any members of our team, please avoid the area.”  No further information is being released as this is an ongoing investigation.

Sabrina Biehl contributed to this story.