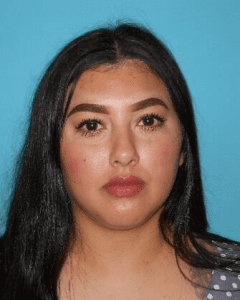 A jury returned guilty decisions Thursday in the high-profile case against Brenda Barrera, a now 29-year-old Modesto woman who caused a horrific crash on Highway 108 near Keystone Ranch in April of 2015 that resulted in the death of one victim and severe injuries to three others.

Assistant District Attorney Eric Hovatter, who tried the case in 2016, and again this week, noted that Barrera had been convicted of a DUI in August of 2014 and had been notified that driving-under-the-influence was inherently dangerous to human life and that if she drove under-the-influence again, and someone was killed, she could be charged with murder.

According to the DA’s office, the major difference between the trial in 2016 and this trial was that in this trial Barrera testified. She told the jury she had consumed marijuana on April 20, was fatigued and did not feel the effects of the drugs, despite signs to the contrary. Barrera told CHP officers at the time of the crash she was not under the influence of drugs and had not used marijuana for a few days. Subsequent blood tests and investigation found she had both marijuana and alprazolam, also known as Xanax in her system.

The second trial, which took seven days, returned essentially identical jury verdicts after about six hours of deliberations. The reason for it was while Barrera was sentenced to state prison in 2016, the case was overturned by the Fifth Circuit Court of Appeals in 2018 due to an appellate court opinion that the Department of Justice witness who testified about marijuana included some opinion evidence that was inadmissible.

Hovatter commented, “The jury’s just verdicts are not a win for anybody. Everyone loses here, including the family of both the victims and Ms. Barrera. But the warning that each person convicted of driving-under-the-influence gets [that they could be charged with murder] is there for a reason and Ms. Barrera flagrantly ignored that warning and took the life of Mr. Aldana, a father of 7 and a grandfather of 26.”

As earlier reported, Barrera, who borrowed a Mercedes Kompressor owned by her former boyfriend turned up at Black Oak Casino Resort, where records indicated her presence there during the early morning hours of April 20, 2015. Casino surveillance showed the vehicle returning early the following day, entering the property and driving on the wrong side of the road.

Less than two hours later, Barrera then left the casino property and within the hour several drivers on westbound Highway 108 drivers reported noticing vehicle being driven very erratically, going off the road and into the opposing lane on multiple occasions as well as repeatedly speeding up and slowing down over an eight-mile stretch.

One driver, after observing the vehicle, called 911 and reported that the female driver “was going to kill somebody.” Another driver began following Barrera and activated a dash-mounted camera that caught the vehicle going off the road entirely then over the centerline, crossing into the path of and colliding with Aldana’s vehicle.