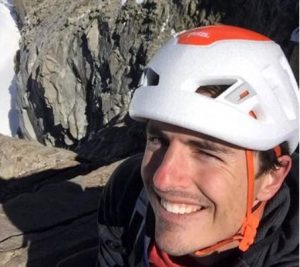 A renowned rock climber who is known for, among other things, setting the speed record climbing the Nose on El Capitan in Yosemite National Park, has died.

Brad Gobright, 31, fell over 1,000 feet on Wednesday while attempting to descend the Sendero Luminoso, a steep cliff, in Mexico. His climbing partner, Aidan Jacobson, 26, survived after falling a shorter distance and landing in a bush.

Gobright was born in Southern California, and the thrill of climbing led him to move to Yosemite National Park around 2008. To make ends meet he took a job cleaning rooms at the Ahwahnee Hotel. He later moved to Colorado.

Over the years he climbed often with Alex Honnold, who was the focus of the 2018 documentary “Free Solo,” in Yosemite.

Honnold stated on social media, “He was such a warm, kind soul – one of a handful of partners that I always loved spending a day with. I suppose there’s something to be said about being safe out there and the inherent risks in climbing but I don’t really care about that right now. I’m just sad for Brad and his family. And for all of us who were so positively affected by his life. So crushing. Brad was a real gem of a man. For all his strengths and weaknesses (like his insanely strong fingers, or living out of a Honda Civic…) at the core he was just a good guy.”

Gobright’s record climbing the Nose at El Captain came in 2017 and was two hours and 19 minutes.