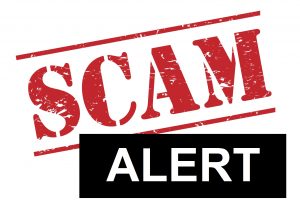 Sonora, CA – After personally fielding over a dozen phone calls in a single day from a bold scam operation Clarke Broadcasting is sharing a cautionary tale.

While this reporter is jaded when it comes to dealing with phone scammers, the sheer number of calls to my cell phone was shockingly brazen. All came from an 855-area code and claimed to be from the Social Security Administration.

Social Security officials acknowledge that thieves are misusing the agency’s authority in phone schemes to trick people into giving them money or personal information. They might state there is a problem with your Social Security number or account. Or they could claim there has been suspicious or fraudulent activity and you could be arrested or face other legal action.

Officials stress to not believe these scammers and don’t provide any information. Personal information such as birthdates and bank account numbers is what they are looking for. If you supply it, you could help them take money from your accounts, sign up for benefits or divert payments to another address.

The barrage of calls this reporter received began around 8 a.m. hour. The ones that went to voicemail featured a female robot-caller insisting a call back was needed as soon as possible, directing to ring the same number that corresponded with the one that appeared on my phone screen.

Upon trying to answer the calls, which kept coming in, a few every hour, there was not a live person on the other end; only a longer Robo-message from the same female voice. It explained the nature behind the call; to inform me they received a suspension notice of my social security number and were making an investigation. “We need to talk to you as soon as possible,” she urged, repeating the number.

Of course, it was not legit. But the calls were becoming such a bother I called from the newsroom phone line and set up the session to record. A call center answered on the first ring and the soft voice of a foreign man came on the line. “Social Security Administration. How may I help you?”

He was a smooth talker, completely at ease with what he was doing. He immediately wanted to look up my file by the phone number his office originally called, since apparently the number appearing on his screen was unfamiliar to him. What, I asked. “I can’t call you on any phone? I have to call you from the number that your office phoned me on?”

A Cat And Mouse Game

He was not interested in getting my name and I did not tell him although I asked for his. He identified himself as Frank Castle (aka the alter ego of Marvel comics vigilante The Punisher?). Although he said he could give me proof that he was from Social Security I had to give him my cell number first. Why I challenged: I know I never gave Social Security that number. “Social Security Administration has all your personal information,” he insisted.

“You care more about my cell phone number than my actual name,” I replied. “I think this is a scam.” Nonplussed, he shot back, “I think you are a really dumb girl, okay? You don’t know anything about this, okay? How can I pull out the records if you won’t give me your [phone] number?”

When asked what agency office he was calling from he answered with an address in Baltimore that could have been legit. But he could not cough up the zip code, which was probably because a cursory web search did not include it.

Asked if he would get his boss on the line, he said, “No, you can call back yourself.” When told that the call was being recorded, he laughed defiantly, “You can record…you can report me…have a good day.” I heard a click as he hung up.

Sonora Police Chief Turu VanderWiel shares his office is very aware of this scam happening locally. “I have received numerous calls to my phone as well, blocking the number each time only to have them call from another.”

He advises folks to not only not give out any information and hang up but to try to avoid saying words like “yes,” “I agree” or any other confirming statement.

The reason for this he says is because the scammers can record these statements and use the recordings to obtain benefits or authorize bank transfers.

SSA emphasizes that employees will never threaten you for or promise benefits in exchange for information. If you suspect you’ve been contacted by an SSA scammer call the Social Security Fraud Hotline at 1-800-269-0271. Or report it online by clicking here.