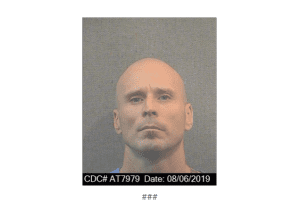 Oildale, CA — An inmate who walked away from the Sierra Conservation Center’s baseline fire camp has been located and arrested.

We reported on Thursday that 40-year-old Jason Stout escaped from the camp near Jamestown that morning and officials soon began a search for his whereabouts. The California Department of Corrections and Rehabilitation reports that Stout was located the following day at 8:55pm in the community of Oildale in Kern County.

Stout has been booked into the North Kern State Prison and will no longer be eligible for the state’s fire conservation program.

Stout was admitted to Sierra Conservation Center in June of 2014 after being sentenced for first degree robbery and was eligible for parole in November of 2021.