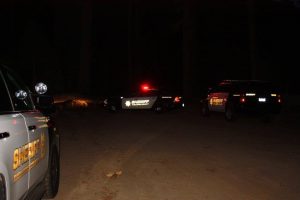 Tuolumne County, CA — The Tuolumne County Sheriff’s Office is releasing new information regarding an Amber Alert we reported on over the weekend.

The Merced County Sheriff’s Office stated on Saturday that 32-year-old Steven Weir was being sought for allegedly abducting his two-year-old son, John. The Tuolumne County Sheriff’s Office reports that the vehicle in connection was located last night in a remote area on Clark Fork Road near the Sand Flat Campground off Highway 108. Two people were found dead near the car. The identification of the pair has not been confirmed, and an investigation is ongoing. We’ll pass along more information as it becomes available.

The CHP reports that the Amber Alert has been “deactivated.”