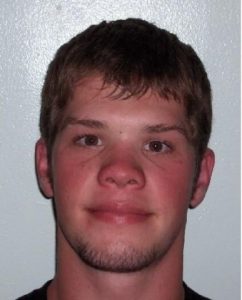 Sonora, CA — 19 year old Michael Charles Poor was arrested and booked into the Tuolumne County Jail Saturday but only after being subdued by a Sheriff’s deputy and citizens who volunteered to get involved.

Deputy Vic Serrano served Poor with an arrest warrant inside a Junction Shopping Center store. Rather than handcuff Poor in the store he ushered him outside and asked him to put his hands together behind his back.

That is when Poor started scuffling with the deputy in an effort to escape. Several people witnessed the scuffle and immediately came to the deputy’s aid. Deputies soon arrived to assist in the arrest.

The five foot six inch, 170 pound Poor was restrained and transported to the County Jail. He was found to be in possession of stolen checks and a syringe. He admitted he forges checks to pay for his drug addiction.