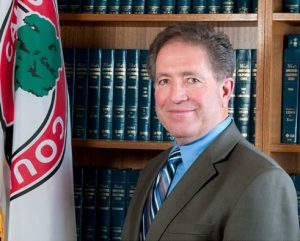 By January 4, 2010 the supervisors must have sent a letter with their proposals to the Bureau.

Board Chair Russ Thomas is proposing a road be constructed from the Copperopolis area to the west side of the recreational area. At the end of the day the supervisors voted unanimously for the road and greater recreational development in the immediate area.

In November the Bureau released a draft plan indicating that such a road would not be built along with little or no expansion of recreational facilities.

Also at Tuesday’s meeting a number of Angels Camp residents complained that if only a road was constructed it would detour recreationalists from traveling through their city. To that Thomas commented, "This is not intended or would it be any threat to the economic viability of any business in Angels Camp because it’s going to be entirely dependent upon the future growth in our area and the state.

If you look at the current traffic flow through Angels Camp, I don’t know where they think they’re going to put all the boats and trailers that we’re hoping will come to our side of the Lake.

The saying I like to use is, A Rising Tide Lifts All Boats. There will be enough population increase to go around. We will not hurt them (Angels Camp) in any way with our plan."