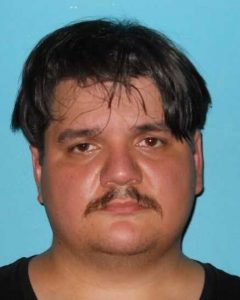 Sonora, CA – Jailers have assigned a $100,000 bond to a local man following his arrest for kidnapping.

Tuolumne County Sheriff’s spokesperson Sgt. Andrea Benson reports that her office received a 911 call and deputies responded last Thursday afternoon to a home on Longeway in Sonora. They learned that 31-year-old Dimitri Saucedo-Green broke into the home to forcibly take his child. She states that he grabbed the child, who was hiding underneath clothing in a bedroom, and pushed the child’s family member away while attempting to leave the residence.

The child’s mother, who arrived at the scene, also tried to stop the suspect from leaving with the child. Benson recounts that he pushed the mother several times and continued towards his vehicle. When the family member called 911, he grabbed the cell phone and threw it on the roof of the home so that it could not be used to speak with dispatchers.

Benson says during the altercation, Saucedo-Green grasped the child around the neck risking great bodily injury or death, adding that the mother was able to get him to let go of the child as deputies arrived.

Saucedo-Green was arrested and booked into the Tuolumne County Jail for burglary, kidnapping, spousal abuse, willful cruelty to a child possibly causing injury or death, battery, and damaging or destroying a wireless communication device.