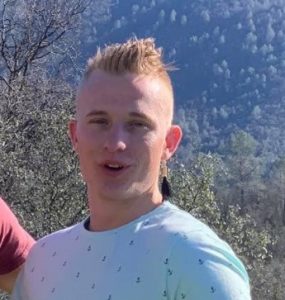 Jamestown, CA – A Jamestown man that has been missing for five days has been found dead.

18-year-old Jake Aaron Wiebe, as earlier reported here, took off on foot from his Margaret Drive home after arguing with his mother over the phone on Wednesday.  Tuolumne County Sheriff’s spokesperson Sgt. Andrea Benson tells Clarke Broadcasting that at around noon today “a body matching the description of Wiebe was discovered near the base of a cliff on Chicken Ranch Road.”

It is unclear if Wiebe fell from the cliff, but Sgt. Benson shares that some of his personnel items were found on top of the bluff. She adds, “An autopsy will be conducted to determine the cause of death. Foul play is not suspected. We share our heartfelt condolences to the Wiebe family for their loss.”

The Tuolumne County Sheriff’s Search and Rescue (SAR) team have been searching all of Wiebe’s known hangouts since Thursday. Sgt. Benson says they got a break when Wiebe was spotted on Chicken Ranch Casino surveillance video hiking in the vicinity where his body was later discovered.