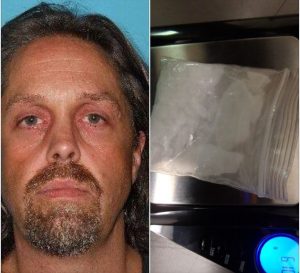 Sonora, CA — The Sonora Police Department stopped to check on a suspicious person and found that he was in possession of a large amount of methamphetamine and cash.

The PD reports that 41-year-old Michael Pierce was near the Lowe’s Parking lot at around 9pm. Pierce was on probation, so an officer conducted a search and found six grams of meth, a scale, drug paraphernalia and cash. He also had a warrant for his arrest. Pierce was taken into custody and transported to Tuolumne County Jail on a variety of charges.