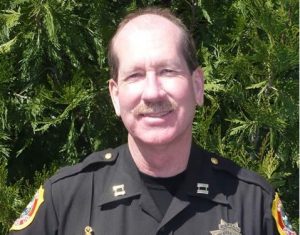 Sonora, CA — Identifying what could have been an explosive device at the Tuolumne County Courthouse Tuesday afternoon developed into a difficult operation.

During the four o’clock hour a suspicious backpack was discovered by Sheriff’s Deputy Sgt. Rick DeHahn below a set of stairs in a cordoned off area of the building at 60 N. Washington St.

Captain Clay Hawkins of the Calaveras County Bomb Squad stated that because of its location, "We couldn’t get a robot to it so we had to remotely rig it out with lines to get it up and out of this area that was inaccessible so that we could get a look at it and remotely x-ray it..

It was a little bit more complicated than other incidents because it had so much stuff in it. You had a lot of layers of information that we had to read through so it took longer than normal.

In the end we decided to remotely open it up because there were so many complicating layers of information that we were looking at. In the end there was nothing in it that posed any kind of a threat. It just took a little bit longer than normal."