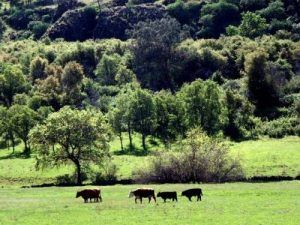 Sonora, CA — The California Cattlemen’s Association reports that a lawsuit challenging cattle grazing on three allotments in the Stanislaus National Forest has been dismissed by a federal judge.

In the lawsuit, filed in 2017, the Twain Harte based Central Sierra Environmental Resource Center argued that the US Forest Service had failed to protect fields and meadows from contamination and was in violation of the Clean Water Act, National Environmental Policy Act and California’s Porter-Cologne Water Quality Control Act. It argued that grazing had resulted in violations of federal and state quality standards for fecal coliform in waters that flowed through the three allotments.

The California Cattlemen’s Association reports that Judge Lawrence O’Neil of the US District Court for the Eastern District of California dismissed the suit. In addition, the organization says that the court held that the Forest Service complied with the Forest Plan and did not violate standards and guides related to water quality and protection of meadows, bogs and fens. The California Cattlemen’s Association calls it a victory for the organization and its permittees.