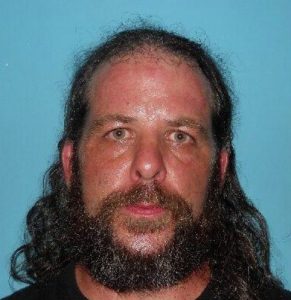 Sonora, CA — Over the weekend, the Sonora Police Department responded to a report of a disturbance at the Office Bar on Washington Street.

The PD reports that the bouncer, identified as 41-year-old Brandon Halm, asked a few intoxicated people to leave, but they were refusing to do so. He was able to get them outside, but then allegedly pulled out a knife and held it against a victim’s throat. The victim later showed officers a cut in the neck area. Halm was arrested for assault with a deadly weapon and booked into county jail.