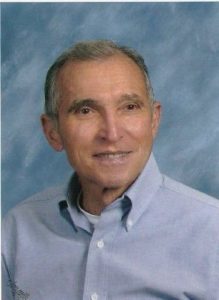 The Angels Camp native had been battling pancreatic cancer. Raggio was born in 1931 and was first elected councilman in 1972. He served as Mayor from 1990-92 and then retired. In 2000 he was re-elected to the Council and served up until his death on May 25.

“He loved Angels Camp,” says Kevin Raggio, a nephew. “I saw him last Friday and he was working on an issue between UPA (Utica Power Authority) and CCWD (Calaveras County Water District). He could barely walk at the time, but he was working very passionately because he loved this community and the people.”

He graduated from Bret Harte High School in 1950 and later went on to serve in the Air Force. In 1948 he went to work for the Division of Highways and retired from the newly named Caltrans in 1993.

A rosary will begin at 2pm, Sunday May 31st at the St. Patrick’s Catholic Church in Angels Camp followed by a 2:30pm Mass of Christian burial at the same location.

A private family internment will take place at the St. Patrick’s Catholic Cemetery. A reception will follow at the Angels Camp Gun Club. The Angels Memorial Chapel is in charge of the arrangements.

As for Raggio’s open City Council seat, a formal plan has not been put together as to how it will be filled.