Alleged Tailgater Arrested For Turning His Toyota Into A Deadly Weapon 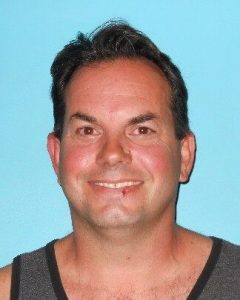 Sonora, CA – A suspected road rage incident landed a local man in jail for using his vehicle to attack another.

The chief recounts that just after 11:30 p.m., units were dispatched to the area of Highway 49 and Preston Place for a disturbance at the side of the roadway.  When the officers arrived, they contacted several subjects in and around two vehicles, a 2007 Toyota Prius and a 2017 Volkswagen Golf.

An investigation revealed that Liverman was driving the Toyota behind the Volkswagen and that the victim, who was operating the VW, reported to police that Liverman had been tailgating her for several miles.

The victim said that after Liverman passed her on a blind corner, he slammed on the brakes several times in front of her. Then, at one point, Liverman allegedly pulled the Toyota to the side of the road and accelerated into the rear of the VW as it passed.  Both vehicles stopped, and an argument ensued between the drivers. According to the police report, Liverman allegedly lunged his vehicle toward the victim during this time.

Chief VanderWiel says 62-year-old John A. Chiarpotti of Sonora, who was a passenger in the Toyota, jumped out, began kicking the vehicle, and pulled off the rearview mirror during the argument. Police subsequently arrested him for misdemeanor vandalism. He and Liverman were booked into the Tuolumne County Jail on their respective charges with Liverman receiving a $40,000 bail.