Our Bees Are in Trouble 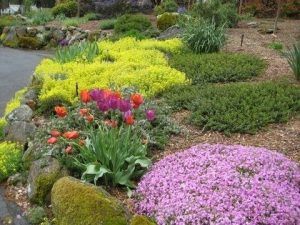 This year, 2010, is being called the worst year yet for honeybees. Some beekeepers are finding hundreds of their hives empty due to a mysterious epidemic called Colony Collapse Disorder, or CCD, in which the bees simply disappear.

Bees are a major pollinator, necessary for production of one third of all the food on our tables. Most fruit and many vegetables require pollination by bees. The same is true of much farm and wildlife feed.

Even though the New World was blessed with over 40,000 species of native bees plus numerous other pollinating insects, birds, and bats, early settlers brought European honeybees from their homeland. Sugar was in short supply in the Colonies, and unlike native pollinators, honeybees store honey which humans, too, can use. Honeybees also create hives portable from one area to another.

For these same reasons, we continue today to depend, too heavily many believe, on the honeybee rather than on our multitudes of native pollinators.

Bees On The Brink: Are Pesticides Responsible?
A new study presents convincing data to help explain our disappearing honeybees. This past March, researchers reported in the scientific journal PLoS ONE, that in 887 wax, pollen, bee, and hive samples, they found a startling total of 121 different types of pesticides.

How To Help Pollinators
Kick The Pesticide Habit.

A healthy habitat includes yards and hillsides abuzz with bees, flies, butterflies, wasps, and hummingbirds, each pollinating its favorite flowers. Without pollinators, our springs may indeed become silent.

Commemorate “National Pollinator Week,” June 21-27, 2010, by removing an invasive plant (look at all the broom growing along our highways) and planting a native that attracts pollinators. Go to http://www.pollinator.org/ for more information.