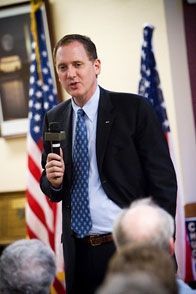 Sacramento, CA– A Field Poll indicates that Carly Fiorina has moved ahead of her two Republican opponents in the Republican Senate primary.

The poll of likely Republican voters has Fiorina at 37 percent, Tom Campbell at 22 percent and Chuck Devore at 19 percent. Another two percent prefer other candidates and 20 percent are undecided.

In previous Field Polls conducted in March and January, Fiorina was trailing Campbell by five to six percentage points. The winner will face Democratic Senator Barbara Boxer who is seeking re-election to her fourth term.