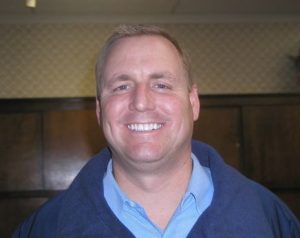 Sacramento, CA — Tuesday Senate Democrats killed SB1078, a bill that would have ensured "cop killers" and other California inmates who are transferred out of state to serve their full terms.

By a 4-2 vote the Senate Public Safety committee, chaired by Democratic Senator Mark Leno from San Francisco, defeated the bill.

12th District State Senator Jeff Denham authored the bill which would have required the governor to personally sign off on any inmate transfers … require the receiving country or state to sign an agreement that the prisoner would not be released before the full sentence is served and it would have prohibited any prison transfer if law enforcement officials where the crime was committed objected to the transfer.

Denham cited two cases as his motivation for SB1078.

Annika Ostberg Deasy, who was sentenced in 1983 to life in prison for two brutal murders, was transferred to a prison in her home country of Sweden. Swedish officials have announced that they will release Deasy next year. To avoid the death penalty Deasy pleaded guilty to two first degree murders including the murder of a Lake County Sheriff’s sergeant.

The second case involved former Symbionese Liberation Army (SLA) member Sara Jane Olson who served a minimum seven year prison term for attempting to kill Los Angeles police officers with a pipe bomb. She participated in an armed bank robbery that ended in the slaying of Myrna Opsahl, a Carmichael mother of four.

Olson was a radical whose crimes were committed in the 1970’s, yet she managed to dodge arrest until 1999. She fled the state, changed her name and lived a life of lies and deception in Minnesota while Myrna Opsahl’s children were forced to grow up without their mother. Police officials in Los Angeles and Minnesota publicly opposed Olson’s parole and transfer but she was sent back to her double life in Minnesota where she had lived on the lam for 24 years.

Stated Denham, "Cop killers like Annika Ostberg Deasy and terrorists like Sara Jane Olson should have to serve the full sentence for their heinous crimes. I’m deeply disappointed that Senate Democrats voted against closing an early-release loophole that would have kept these types of criminals behind bars."