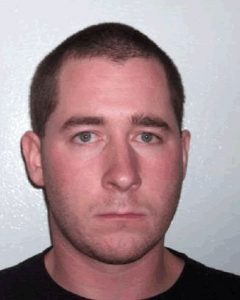 Steele will have to serve at least 26 years before he is even eligible for a parole hearing.

On December 23, 2009 Steele broke into the woman’s home through a locked door.

Steele was handed a 25 years to life sentence for forcible rape with enhancement because the crime was committed while he was in the act of burglarizing the residence. In addition he received a six year sentence for sexual penetration with a foreign object.

Steele admitted to the victim that he needed help due to his mental condition. Later Deputy Frank Derocher stopped at Tuolumne General Medical Facility. He located Steele’s vehicle in the parking lot. He was then joined by Sgt. Jeff Wilson. The two discovered Steele in the waiting room talking on his cell phone. He was immediately taken into custody and booked into the County Jail.

District Attorney Donald Segerstrom labeled it a "Horrific case … a case we did not publicize because we wanted to protect the name of the victim."

Segeratrom added, "That person did not receive the maximum punishment possible for the acts that were committed. That was the result of a negotiated disposition between my office and the defense. We believe it was a fair sentence in light of the acts that were committed otherwise we would not have entered into the deal but it wasn’t the maximum possible that he could have received if he had gone to trial and everything we had charged was proven."