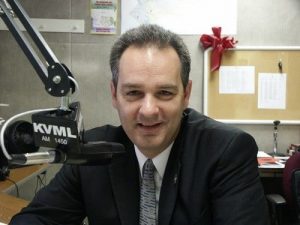 Mele was Thursday’s KVML “Newsmaker of the Day”.

Tuesday that three judge panel selected by the Ninth Circuit Court of Appeals in San Francisco handed down a ruling calling for the release of 40,000 prisoners within a two year period. At the same time the judges did postpone the effective date of that order pending U.S. Supreme Court consideration and another order scheduled for August on how to implement a release plan.

Meanwhile Governor Schwarzenegger has called for the transfer of state prisoners to serve out their time in county jails to ease the state budget crisis. The Governor is hopeful of reducing the California Department of Corrections and Rehabilitation budget by $1.2 billion.

From Mele, “The judge panel comes out and says we’re going to release inmates, then the Governor comes back and says O.K. not only are we going to release inmates but we’re also going to push some of these inmates that are already sentenced that can’t get released down to the county level. So it’s a lose-lose. No matter how you cut it up those inmates are coming back to the counties. You just don’t govern, in my opinion, that way.”