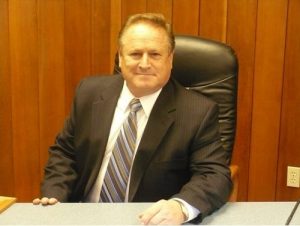 Looking back at 2011, Gray says a highlight was watching the Sierra Pacific Industries renovation in Standard move quickly through the permit process.

“I think that in the last year we’ve done some really good things in the streamlining of the development process,” says Gray. “When I came into office, I heard continuously that Tuolumne County is not business friendly. Now a lot of that is perception, but I truly believe we have become much more business friendly.”

Gray says another highlight was completing the Five-Year Strategic Plan, which included hosting numerous meetings throughout the community to gain input from constituents.

Looking ahead to 2012, Gray says a significant issue will be implementing the state’s prisoner realignment program which will result in many inmates being housed at the county level. Tied to that issue is a decision on how to move forward on the jail project along Old Wards Ferry Road.

“We know that we don’t have enough funds available right now to build a jail of the size that we have been looking at,” says Gray. “Maybe it is going to have to be a scaled down version, or partnerships with other people. All things will have to be on the table, because there is not an easy answer.”

The Supervisors will pick up discussion on the jail project during the first meeting of the year on January 3rd.