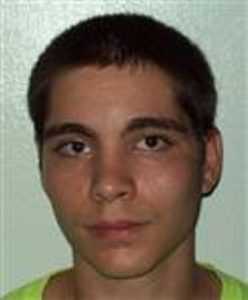 Sonora, CA– A Sonora man was arrested this week for assault with a deadly weapon.

The Tuolumne County Sheriff’s Office reports that on Tuesday, the Sheriff’s Dispatch received a call regarding a man speeding through the 2100 block of Evergreen Way in Sonora. The victim said that when he told the suspect to stop speeding, that the man stopped his vehicle and confronted him.

The suspect, 21-year-old Edward Lee Jones, then got into a physical altercation with the victim. The victim was punched several times and kicked at least once. Jones then got back into his vehicle and accelerated. This resulted in the victim being hit with the bumper of his car which knocked him to the ground.  Jones then drove off.

Deputies arrived on the scene and talked with the victim and several witnesses. The victim received minor injuries to his legs, back and head.

Deputies contacted Jones at his residence where he was arrested and transported to the Tuolumne County Jail and booked for assault with a deadly weapon. He was later released on $30,000 bail.