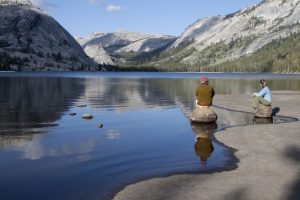 “People are incredibly passionate about providing for Yosemite’s future,” said Mike Tollefson, Conservancy president. “Support for the park makes a lasting difference in improving people’s experiences and protecting it for future generations.”

More than 50 projects and programs received funding. Youth In Yosemite programs received $1.3 million for education, mentoring, wilderness exploration and park restoration.
At Tenaya Lake, one of Yosemite’s most popular summer destinations, $850,000 in contributions is restoring wetlands and improving beach access.

The 90-year-old fountain in front of the WawonaHotel was also rehabilitated thanks in part to Conservancy supporters.

Yosemite Conservancy is the only philanthropic organization dedicated exclusively to the protection and preservation of Yosemite National Park and enhancement of the visitor experience.