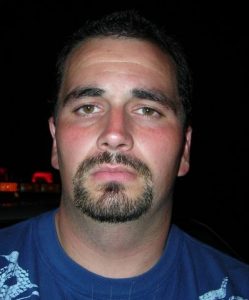 Sonora, CA– The Sonora Police Department is searching for a man suspected of numerous thefts in Tuolumne County.

According to the Sonora PD, on Monday, a change machine theft was reported at the Sonora Express Carwash located on Pesce Way.

After reviewing the video surveillance, officers were able to identify the suspect as 28-year-old Paul Graham of Sonora.

A search warrant was served on Graham’s residence and over $37,000 worth of stolen property was recovered from several burglaries and thefts.

Some of the items were stolen from Sonora High School including valuable baseball equipment, stolen during a vehicle burglary, a firefighting thermal imager and other firefighting equipment, paint sprayers, power tools, musical instruments, a telescope and other miscellaneous items. Most of the victims have been notified of the recovery of their property.

Graham is 6’1 and weighs approximately 190 pounds. He has brown hair and brown eyes.

Anyone with information on Graham’s whereabouts is urged to contact the Sonora Police Department at 532-8141.