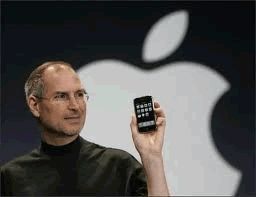 “Steve Jobs was a great California innovator who demonstrated what a totally independent and creative mind can accomplish,” says Brown. “Few people have made such a powerful and elegant imprint on our lives. Anne and I wish to express our deepest sympathy to Steve’s wife, Laurene, and their entire family.”

President Barack Obama also issued a statement reading, “The world has lost a visionary. And there may be no greater tribute to Steve’s success than the fact that much of the world learned of his passing on a device he invented.”

Jobs passed away Wednesday at the age of 56 following a battle with pancreatic cancer.