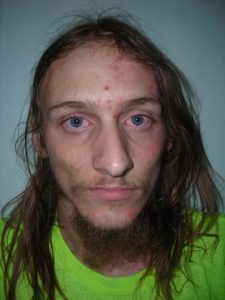 Sonora, Ca — A Sonora man was arrested on drug charges and for having burglary tools.

The Police Department reports that 22-year-old Luke Seagraves was pulled over Monday night on S. Washington Street because his car had a brake light out. Seagraves showed signs of intoxication and had a fixed blade knife concealed near his feet.

Seagraves vehicle was then searched, and officers found two grams of methamphetamine, a backpack containing over 100 keys, burglary tools, drug paraphernalia and a butterfly knife. Also in the vehicle were a briefcase full of jewelry and a box containing memorabilia from the California Department of Corrections and Rehabilitation. The Police Department suspects that the latter two items may have been stolen and is conducting an investigation.

Seagraves has been booked into Tuolumne County Jail.