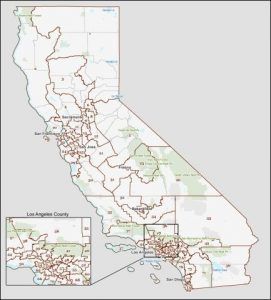 Sacramento, CA – A Citizen’s Commission has given final approval for new California legislative and congressional maps.

The panel released the final drafts two weeks ago, and gave formal approval this morning. The Mother Lode will become part of a new mountain county district when it comes to the State Senate, State Assembly and U.S. Congress. It is expected to create a wide-open campaign season next year. It will result in many current Mother Lode lawmakers no longer representing the area, like Kristin Olsen, Jeff Denham and Dan Lungren.