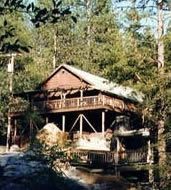 The City of Berkeley’s Tuolumne Family Camp, located seven miles west of the Yosemite National Park entrance, was closed down from Saturday to Monday after numerous people reported gastrointestinal symptoms. The camp was extensively cleaned, and all shared surfaces were disinfected. Six portable hand washing stations were also moved in for campers to utilize. It was reopened on Tuesday.

“We were able to trace it back to a particular camper,” says Dr. Todd Stolp, Tuolumne County Health Officer. “The camper subsequently passed on the infection to many others.”

A smaller outbreak of a gastrointestinal bug was reported at Camp Mather over the weekend, owned and operated by the City of San Francisco. The camp was cleaned thoroughly, but has remained open throughout.

Dr. Stolp says well over 70 people became ill between the two camps, but the exact number is not known because many people likely did not report their sickness to health officials. “This type of virus is very easily transmitted, but controllable by hand washing,” says Dr. Stolp. “We see this periodically in all counties in the state. You bring in a camper to a setting where they can’t do a lot of hand washing, and it is easy to transmit.”

Dr. Stolp says if you have a viral illness it is always important to avoid high density areas where you will come in contact with numerous others.