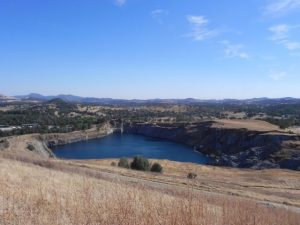 Jamestown, CA — More details are available regarding April’s drowning incident at the Jamestown Mine.

“The investigation into the April 9th scuba diving accident at the Harvard [Jamestown] Mine, revealed that Pollard suffered a dive related lung injury,” says Sgt. Jeff Wilson, Tuolumne County Sheriff’s Office Spokesperson. “Dedic was involved with the initial rescue by sharing his air. As a result, it appears, Dedic either was left with an insufficient amount of air, or was unable to manage his remaining air supply, and drowned.”

A total of four people were scuba diving the afternoon of April 9th. Pollard was immediately taken to Sonora Regional Medical Center where he was pronounced dead. Dedic was located two days later by the U.S. Army Corps Of Engineers approximately 135 ft. under water.

Friends of the victims report that they were both experienced divers.